How Often Should You Play Video Games?

Video games are popular and we like to play them to spend some time enjoying them. However, that can easily turn into twelve hours or more of screen time. Breaks included, people spend entire days or even more, playing video games.

There is always too much when playing video games, but how much should be too much? It depends on the context so let us try to find a general number of hours that should work for most people.

Who is Playing the Game?

Game time depends a lot on who is playing the game. A child with lots of free time is more likely to spend too much time playing video games but that will definitely not be good for them. An adult who finished a hard day’s work and has planned a gaming session with their friends is more likely to benefit from a longer session. 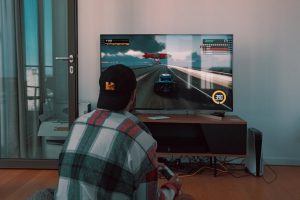 A retired person can play video games to their heart’s content, but not if it impedes their daily life. Too much video game time can lower our social skills in the real world, which is why there should be a mix of both.

In each of the cases, there should be a limit, which can be up to four hours, but probably less for children. Adults are aware of what fast changing content does to their brain, while children need guidance.

Relaxed Gaming or a Professional in Training?

When a person is just relaxing after a day of work or chores, then a gaming session should not last the entire rest of their day, unless they have the free time to spare and have planned to play video games.

A professional gamer or one who is training to be a professional needs to put in the hours in the game. But, concentrated effort is often better than lots of hours without the right focus. Improving certain mechanics can be done in two hours, while one could do a twelve hour session and not improve a bit.

Whether a professional or a video game enthusiast, there should always be awareness and planning the length of a gaming session.

Planned Gaming Versus Getting Lost in It 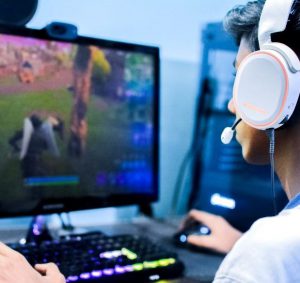 It is always better to plan for a long gaming session than to have a short one extend into the entirety of the night. Sometimes, it is good to let loose, but not all of the time, lest it becomes a habit.

Planned sessions are better for people of all ages. If you are going to play all night, plan for it, stretch and get up regularly, make sure that you are hydrated and fed.

There are no general limits as to how much one should play video games, but it is always advisable to have a certain number of hours planned.